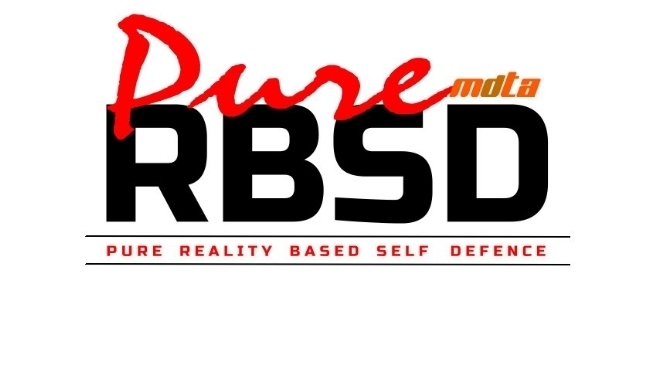 THIS IS NOT SPORT OR TRADITIONAL MARTIAL ART TRAINING

PURE RBSD stands for Pure Reality Based Self Defence. MDTA is often confused with other self-defence systems out there. However, it is a system on its own, covering reality-based self-defence only.

PURE RBSD is our general public Combatives training system. Karl trains different personnel from law enforcement to security operations personnel. Yet PURE RBSD is what the general public learn. It is a complete system that looks at the physiology and psychology of actual violence. It is based on what MDTA call the F.A.C.T.S and more importantly, looks at not only the physical aspects of self-preservation and self-protection. But the legal side to self-defence as a civilian. Although we have a belt system in PURE MDTA it is not the same as a traditional martial arts ranking system. However, it is a level or grade to show your progress in areas of reality-based self-defence training. Many may not see the need for belts, but with our system, it is about giving you a goal to aim for and for you and others to know where you are at. We don’t aim for belts; we aim for personal development.

PURE RBSD is simply that, pure reality-based self-defence. There are no traditional forms (kata) like a traditional martial art, there are no formalities like bowing, and there is no need to learn another language for training purposes.

The MDTA training centre designed and equipped for reality based self-defence training.

FREE trial session to try MDTA for yourself, and see if it suites your needs.

Training systems to teach the individual what works for them. This is not a one size fits all system.

Individuals trained to the year 2020

I have been a member at MDTA for a few years now. I love the fact that it is a no ego environment, and that all members are there to help each other with their individual training needs.

I originally joined MDTA to learn to protect myself, and to gain much needed confidence. I achieved both. I also attend many of the regular seminars to keep my skills up to date.

Although we thought we knew what MDTA training was all about. It is not until you run an MDTA training seminar, that you realise their systems are so different. 100% suited our employee's needs.

We are sure that this decision will affect your life in a positive way. So why wait?